Reaching Out In The Name of Christ
Home For Homeless Children

Typically when you mention Playa del Carmen, Mexico community, and other nearby communities, we usually focus on the nicer areas that would appeal to expats and the tourists from all over the world that come to that region.  This community is filled with multi-million dollar resorts – one after the other.  Million dollar homes and condominiums are in abundance.  But in stark contrast, there is another side, and this is the side of homeless children.

In Playa del Carmen, as you know, quite often very nice communities and very poor communities exist side by side.  A visual picture of the “haves” and the “have-nots”.  The tourism industry has drawn many of the poor throughout Mexico to Playa del Carmen looking for work.  Many find reasonably good jobs (relative to their situation) in tourism. Many work in construction, which is currently a healthy industry.  But a few never make their way and as a result, live in harsh poverty.  These families resort to almost anything to survive.  They keep their children out of school and make them work on the streets.  And in some extreme cases, they abandon their children.

Street children are a result of economic problems for many countries and Mexico is no exception. Mexico is one of the most populated Latin American countries.  It also has a high degree of wealth inequality among the people. For example, in Mexico City, about forty percent of the population lives in poverty and street children are within the poverty population. As previously mentioned, Mexico’s economic inequalities have lead families to make their children work on streets or in worst cases abandon their children. This form of life is not a choice but a result of international, national, and domestic issues that primarily relate to poverty.

UNICEF’s most recent definition describes street children as “any girl or boy for whom the street (in the widest sense of the word, including unoccupied dwellings, wasteland, etc.) has become his or her habitual abode and/or source of livelihood; and who is inadequately protected, supervised, or directed by responsible adults.”

An economic crisis in the late twentieth century occurred in Mexico like most Latin American countries. These events were bad news for the Mexican economy and the Mexican people since unemployment rates and the need for government aid increased. Government aid increased for programs that benefit families in poverty, but often these programs could not keep up with their people’s needs. The insufficient families incomes lead to families putting children to work, domestic violence, and sometimes abandoning the children. These street children are viewed simply as a burden for society. Their livelihood depends either mostly or all on the streets of Mexico.

There are some programs that have been implemented such as “Keeping Kids In School (KKIS) or “From The Street To Life”, and others.  But none of these programs are focused on homeless children per se.  Also, while there is not an orphanage in the Playa del Carmen area, there are orphanages in Mexico.  However, they are not government regulated.  This means that no one knows what is going on in these facilities and it is believed that in many cases that they are simply a cover for those who traffic in children.

Street children are at higher risk for danger.  This truth adversely affects them later as adults. Street children are either beggars or wage earners.  These children will go through hunger and depression.  They will also have to learn how to cope with drugs.  When they do find food it is often a bad source of waste food. This leads to malnutrition, illnesses, or even death. Apart from the bad health, they are also exposed to criminals, violence, and illegal substances.  Society and the government shame people of the streets because they are burdens.  Many people generalize street children as criminals and junkies rather than vulnerable children. Discrimination for having a livelihood on the street influences society and human rights of these people.

Street children are seen as less than citizens because of societal discrimination. Barriers to overcome the status of life they are in are made more impossible to overcome since they do not have the resources. If they do have resources (education, programs, etc) only some can obtain the help. The vast majority of street children feel like they are “unseen and ignored”

On May 3rd, 2017, the United Nations Children’s Fund (UNICEF) presented its 2016 Annual Report, in which it stated that one-third of the population of Mexico are children and teenagers, 21 million of whom live in poverty (UNICEF, 2017). According to this Report, it is worth reflecting on the situation of street children. 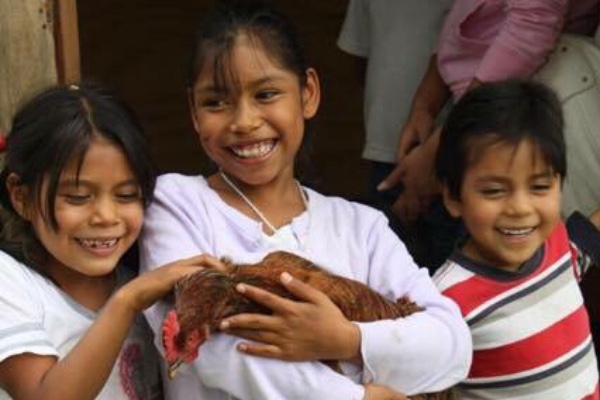 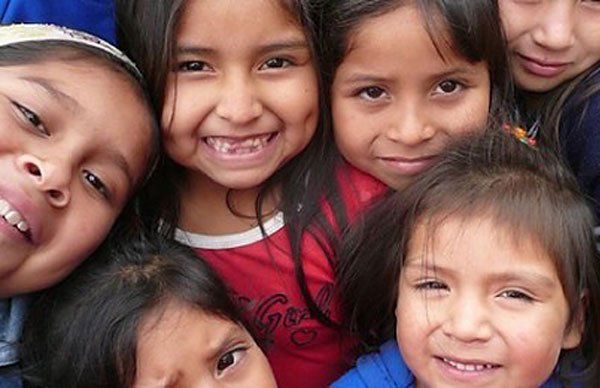 On a recent mission trip to the Playa del Carmen area, we were struck by the dichotomy between the rich and the poor.  Specifically, we noticed how poor the poor really were and how that most often affected the children.  We saw children with no hope and that really bothered us.  On one particular day, The Holy Spirit brought to our attention this one specific little girl.  She was beautiful but filthy.  She was standing in the shade with a shopping cart that had some aluminum cans in it.  She seemed to be waiting on nothing and with nowhere to go.   In her eyes was the desperation that you would expect, but also the loss of hope.  She had no doubt that she was never going to escape her situation.  We gave her some money – enough to feed her for a few days, but not so much that she might be robbed and hurt.  She was homeless and she had no hope.  It was at this moment that I clearly heard the voice of Jesus Christ say to me “The children are crying and no one is listening.  But I am listening.  And I am sending you to rescue the children.  I want you to tell the story, and raise the money, and build the orphanage.  Then teach the children about Me and make sure that they have a good education.  When you do, I will use them mightily to advance My Kingdom and shine hope and light into the lives of those they come in contact with.”

The House of Worship is a nondenominational intentionally multicultural Christian Church.  We were established in 2004 in Knoxville, TN.  We are currently located in Oak Ridge, TN.  We helped plant a church in the Playa del Carmen area some nine years ago.  That church plant has since planted eleven other churches.  We have partnered with these twelve churches to be their covering, their accountability, and to help train their leaders.  It is from this foundation that we look to build, operate and maintain the orphanage with our personal and specific oversight.  Please visit our website for additional information about The House of Worship.

We desire to build an orphanage in Playa del Carmen to honor Jesus Christ and rescue some of the homeless children in the area:

We are actively soliciting the support of individuals, business’s, and non-profit organizations.

Make sure to designate “MEXICO” in the special instructions.

There is a crisis of homeless children in Mexico.  Through no fault of their own they have been abandoned and left to die.  They have no feelings of surety, safety, or significance.  To the culture around them, they are invisible, and no one cares.  But Jesus cares.  He sees, He hears, He knows, and He cares.  And Jesus wants to use us to help save these children.  Wont’ you please join us in this journey, in this calling?  And as you do, we pray that whatever you give, that Christ will increase it 100 fold and add great joy and great favor to it.  Bless you in advance for your prayers and your financial support. 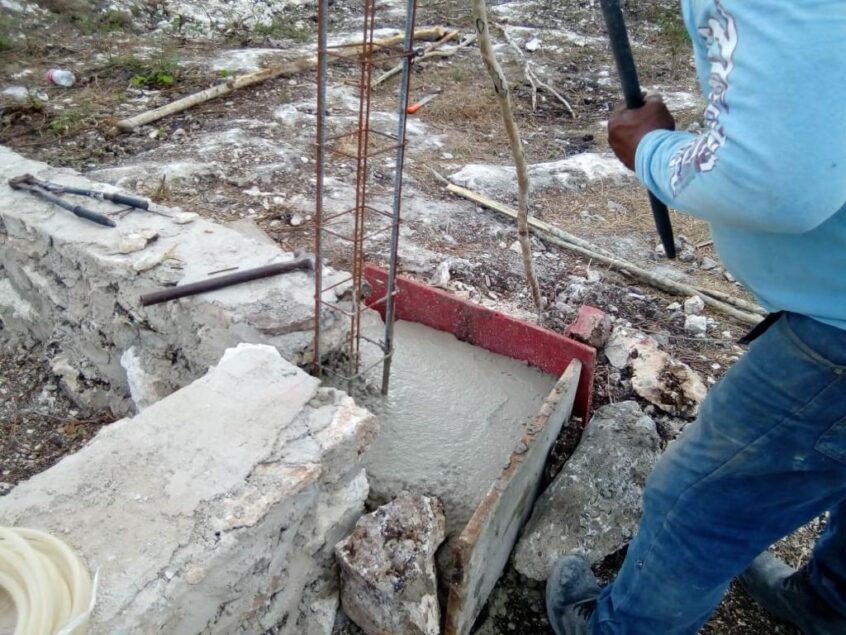 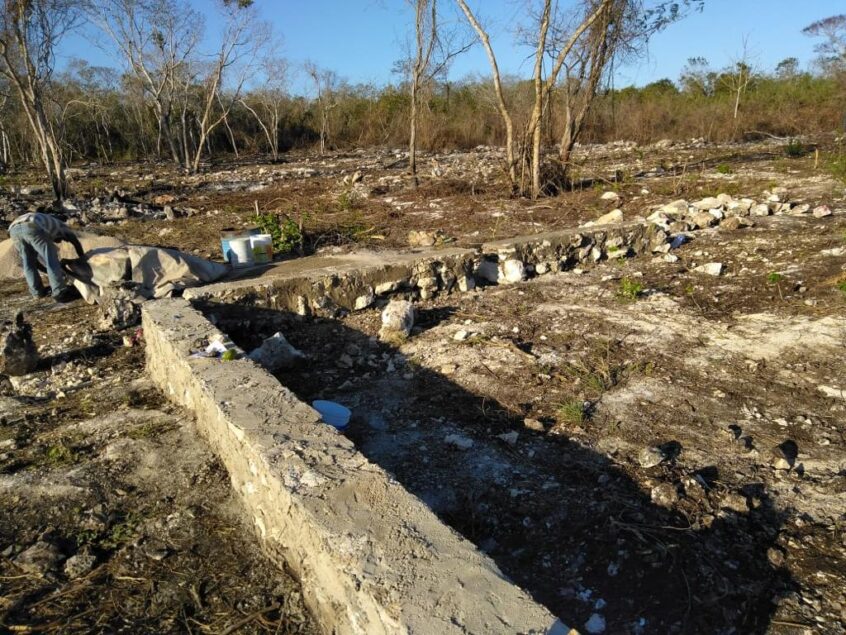 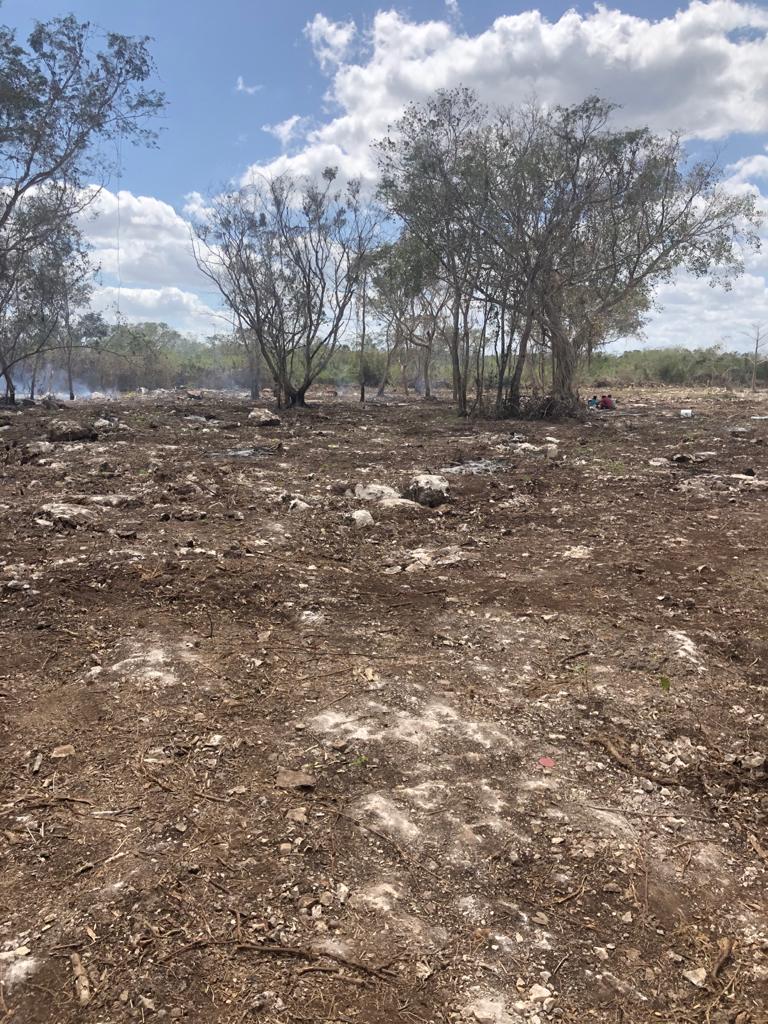 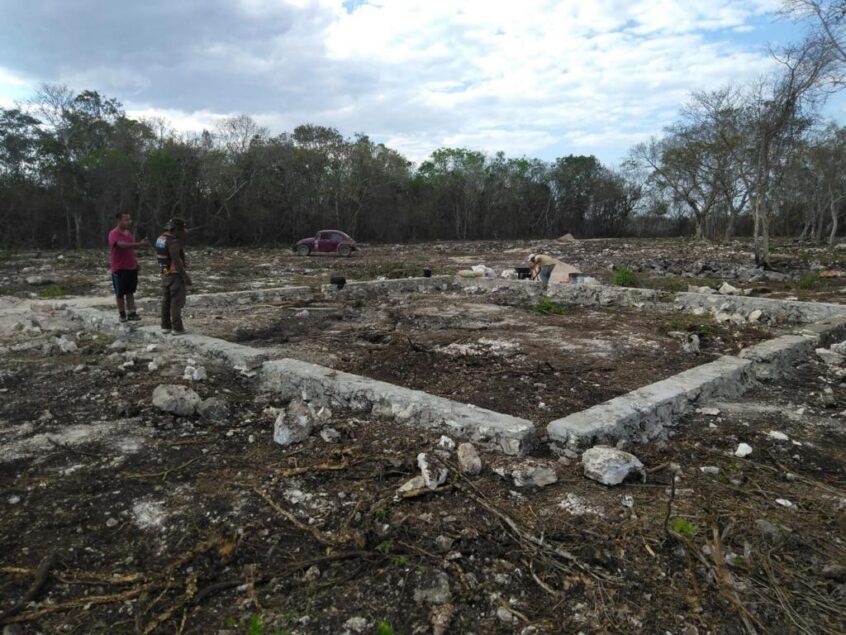 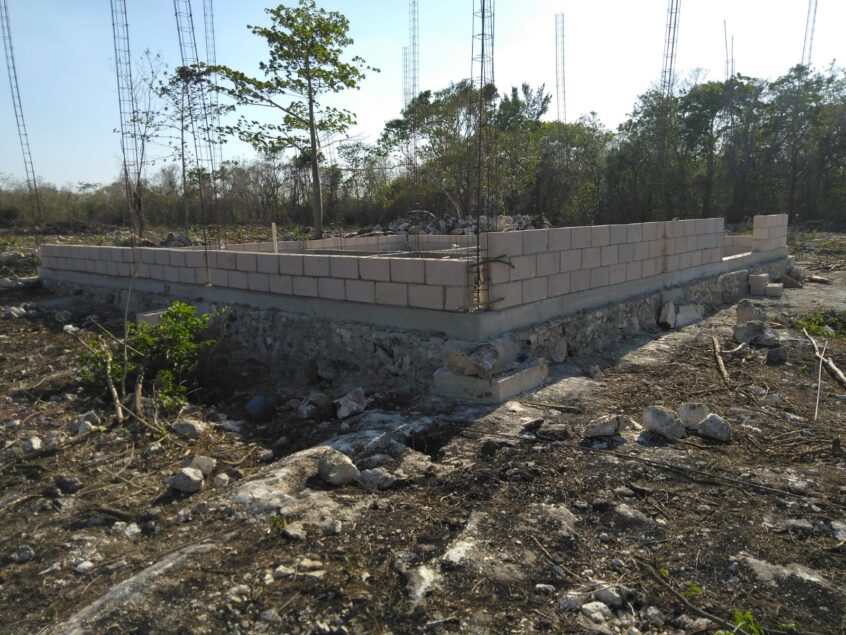 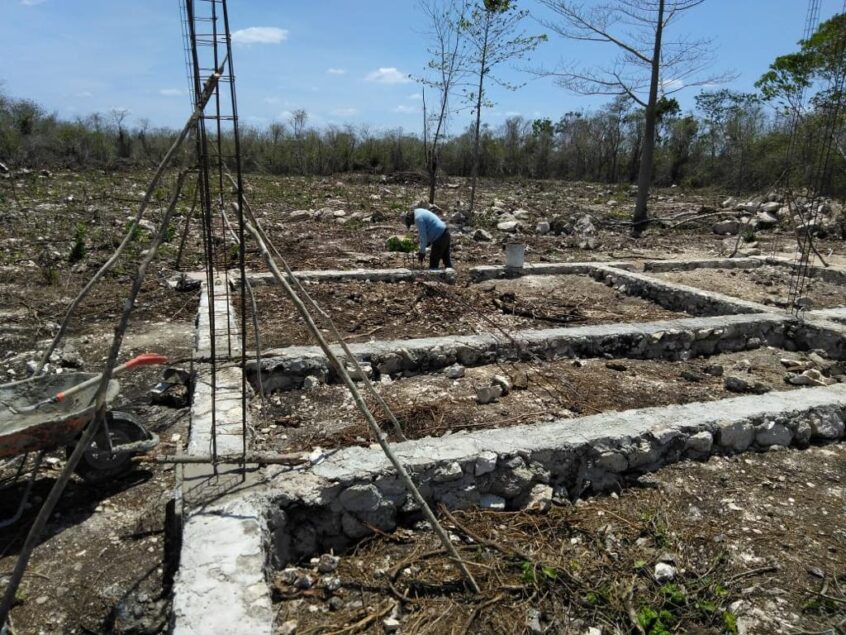 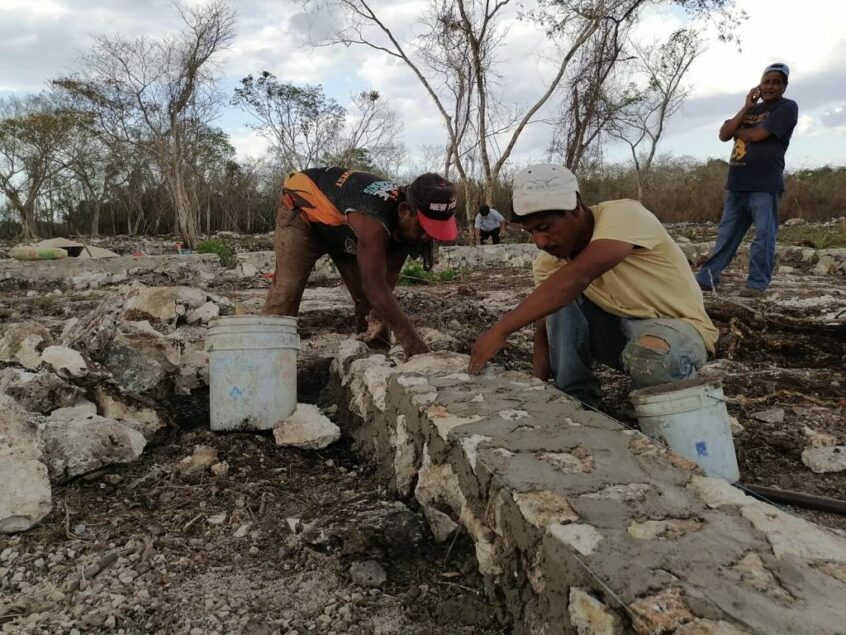 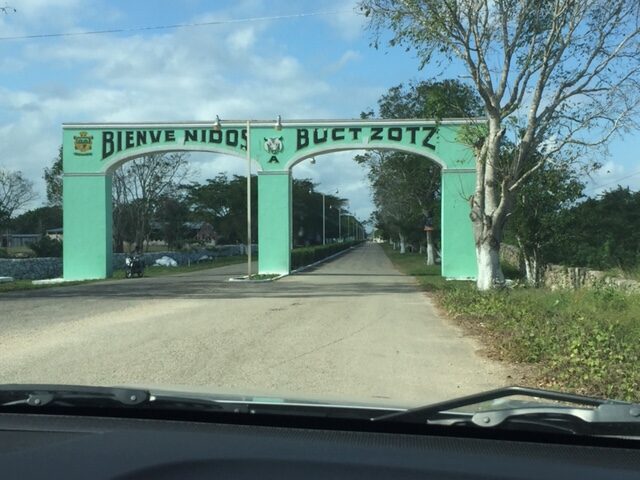 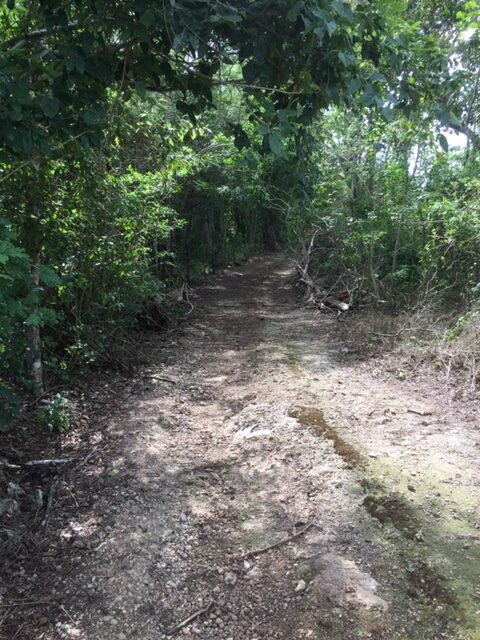